Bitcoin might be the best monetary system of our time

If money is just a made-up social construct of trust, why can’t Bitcoin be money? 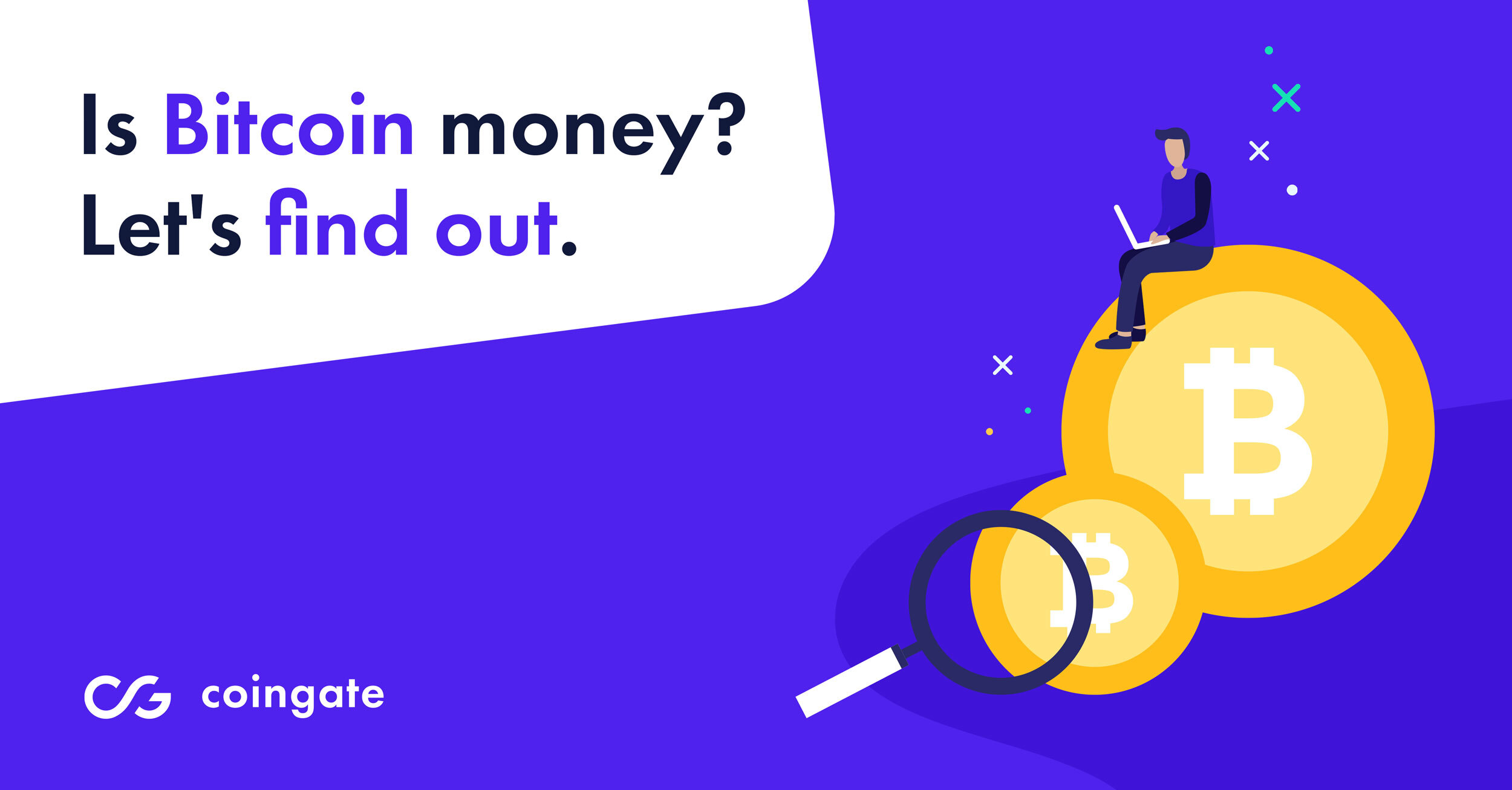 The thing is, it actually can.

Bitcoin is going strong for almost 12 years now, showing no signs of going away. Quite the opposite – the network seems the strongest it ever was after passing its ATH, and even institutional investors are finally starting to accept the Bitcoin standard, as we predicted before.

MicroStrategy, Square, Ruffer – those are just a few pioneering companies and investment funds that allocated a significant portion of their funds to Bitcoin already, but certainly not the last ones.

Reasons for doing so have been stated many times. The main reason for it is to counter fiat currency inflation and fight against its devaluation, and Bitcoin has everything to make that happen. However, Bitcoin is also much more than that.

Does Bitcoin have all the properties of money?

For something to be called “money”, it has to be able to serve as a medium of exchange, a unit of account and a store of value. To meet these requirements, money has to conform to certain criteria so that people could actually trust it and use it.

To go through these criteria, we will dig a bit deeper and figure out what makes money real.

This way, we can also determine whether Bitcoin has what it takes to be considered as a viable monetary unit (just not the kind that is backed by the government bodies).

So for money (or Bitcoin) to be medium of exchange, a unit of account and a store of value:

Yes. Down to 8 decimal places, in fact.

Yes. Even better, it doesn’t need any middlemen to be portable, but more about that later.

You bet it is, and Bitcoin already has 11 years behind it to prove its immutability.

Yes. There will never be more than 21,000,000 bitcoins and even less in the circulating supply. 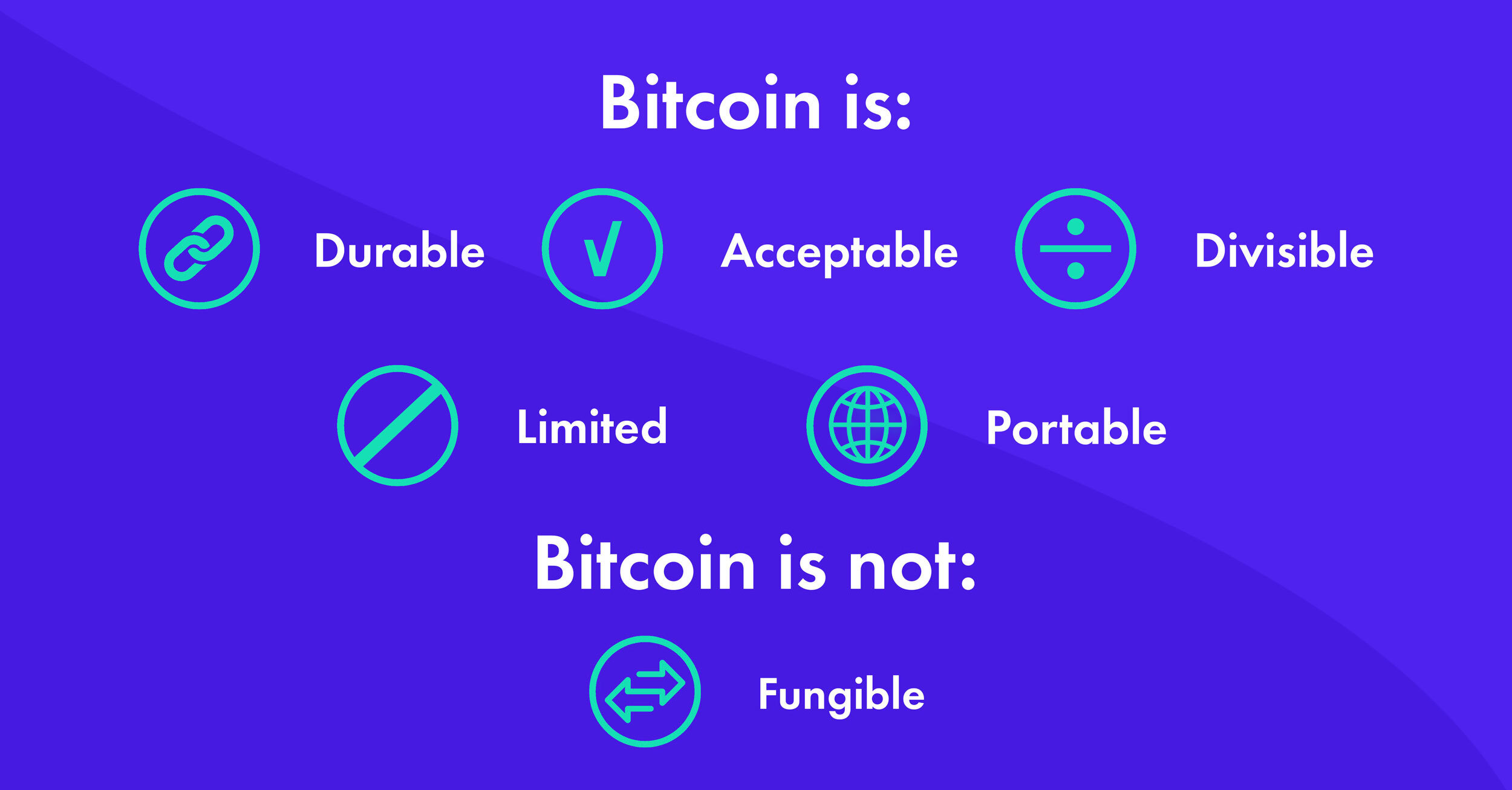 If we take these points into consideration, Bitcoin appears to not only meet the requirements of “being money” but also to improve on what money is, and allow us to imagine what money could be in the future.

The only problem is, Bitcoin lacks one important property that money needs – fungibility.

Bitcoin is not fungible… yet

While your hundred-dollar bill is worth the same and acceptable everywhere regardless of its history, it does not apply to Bitcoin in the same way as every step of its history can be traced and tracked back to the day it was mined. Yes, bitcoin is not that private as it appears.

It means that if you ever obtain bitcoin that was in the hands of criminals at any point in time, your wallet might, for example, be blacklisted by exchanges just for that reason.

“Clean” bitcoin vs bitcoin that circulated in the Silk Road for quite some time is not the same, making it a non-fungible asset.

However, a little soft fork might solve Bitcoin’s fungibility problem. One of such proposals is Dandelion – a proposed privacy protocol for Bitcoin.

If implemented, it would leverage random pathways during the diffusion process following a transaction, when the network relays transactional details to all of its nodes.

As such, Bitcoin might become much more privacy-oriented than it is now, shutting down one of the last key points that argue against bitcoin being money.

Despite the lack of fungibility, Bitcoin is still superior

Despite fungibility issues, Bitcoin has incredibly sound fundamentals and properties designed not only to be money but also to protect wealth and retain freedom in people’s hands even if an unwelcome authoritarian figure attempts to threaten it. 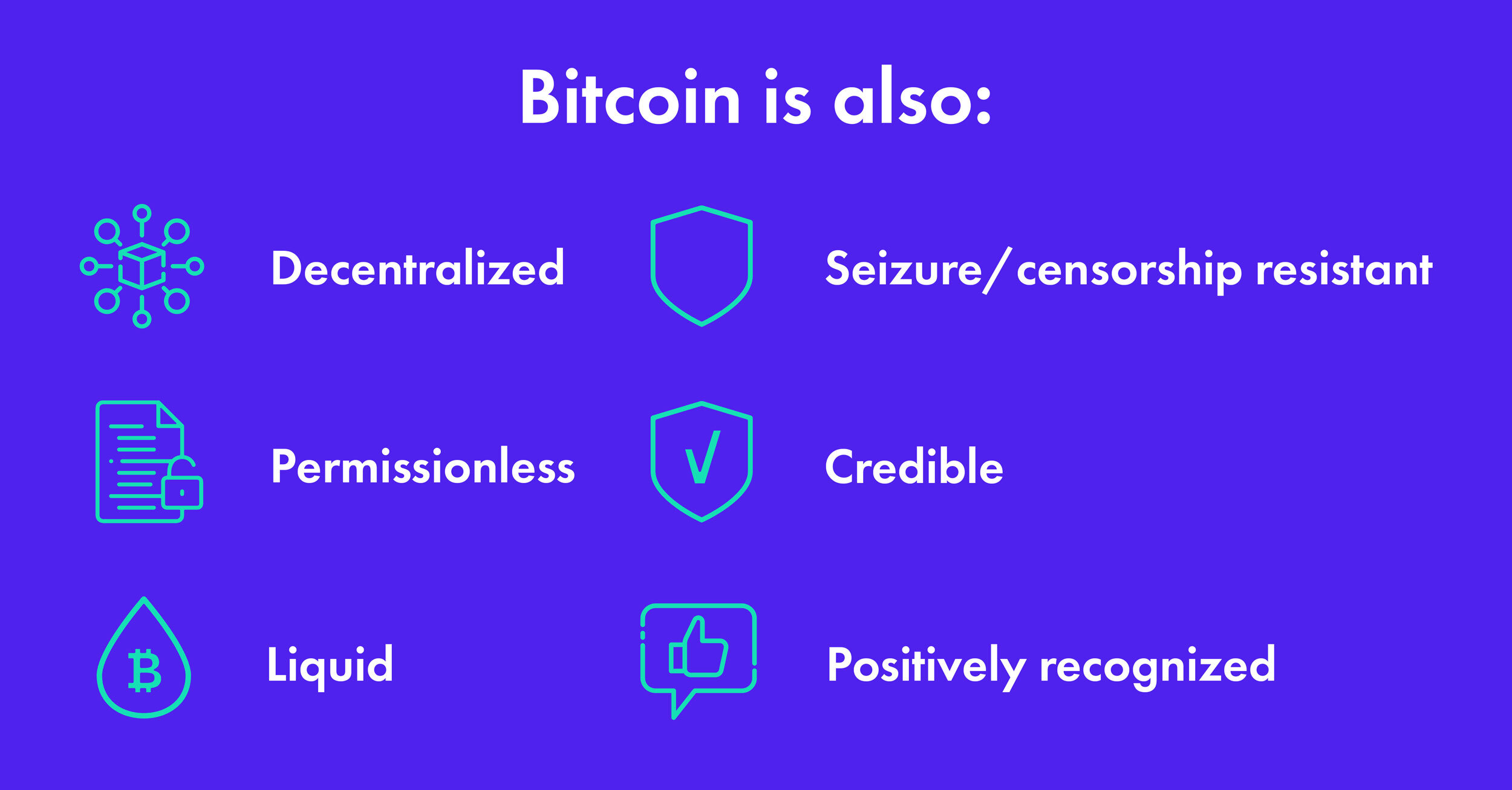 Bitcoin is an innovation which thrives on adoption, and vice versa. While the perception always makes the truth, and perception of Bitcoin is getting more positive with each day passed as opposed to fiat currencies, it is hard to imagine any other future for Bitcoin than a bright one.

Therefore, Bitcoin might as well grow up to become the best monetary system for the 21st century and perhaps beyond.