Why are ETH transaction fees so high? Reasons and solutions 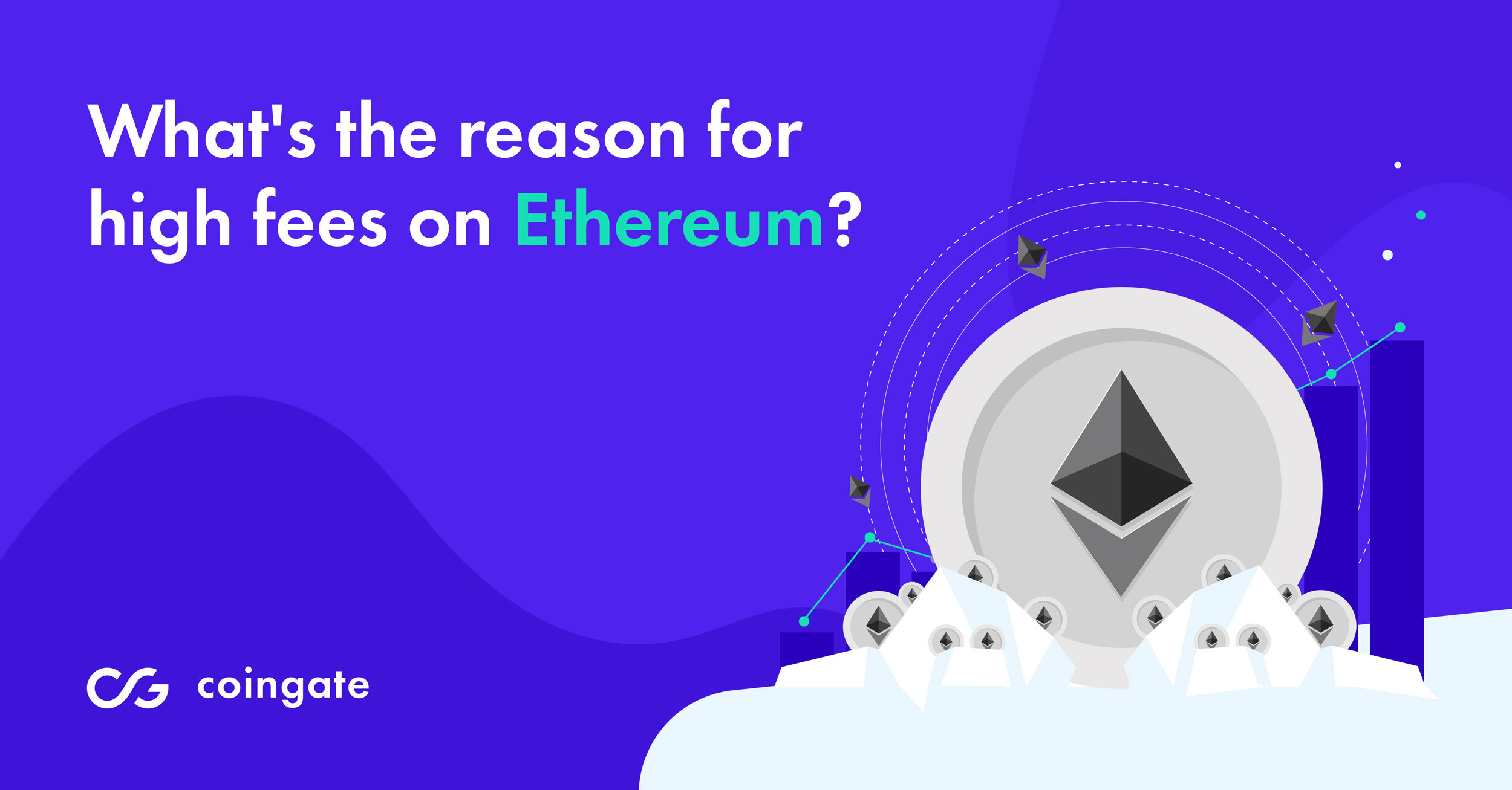 At the beginning of September, the average ETH transaction fee reached as high as 0.031 ETH (or around 11,5 USD at the time of writing), causing a considerable fuss amongst Ethereum network participants.

The question is, what is causing costs of using Ethereum to rise, considering that no other popular blockchains experience issues with increased fees? To find the answer to this question, first, we need to rewind a few years back.

From ICO to decentralized finance

In 2017, there was a huge ICO (or Initial Coin Offering) boom, when lots and lots of tokens were created on blockchains like Ethereum and sold via centralized exchanges and websites. It was quite easy to start buying and selling new tokens, and anyone with an internet connection could do it.

In the following years, the ICO space became more and more regulated–exchanges were mandated to do increasingly complicated KYC procedures, which introduced immense friction for anyone wanting to trade tokens freely.

But the history tells us a lesson: where there is an artificially created friction, a technological solution will always appear.

This particular solution came to life in the form of decentralized exchanges, where anyone was able to issue, trade, lend, borrow, and otherwise interact with tokens without going through a cumbersome verification process.

These exchanges are also often referred to as DeFi (Decentralized Finance).

High ETH fees are the byproduct of DeFi

According to Ethereum data analysis tool Dune Analytics, the volume in decentralized exchanges (otherwise called DEX) has risen dramatically over the years.

And it keeps on growing – at the time of writing, the total volume of the whole DeFi space on Ethereum reaches an all-time high of 13,7 billion USD. 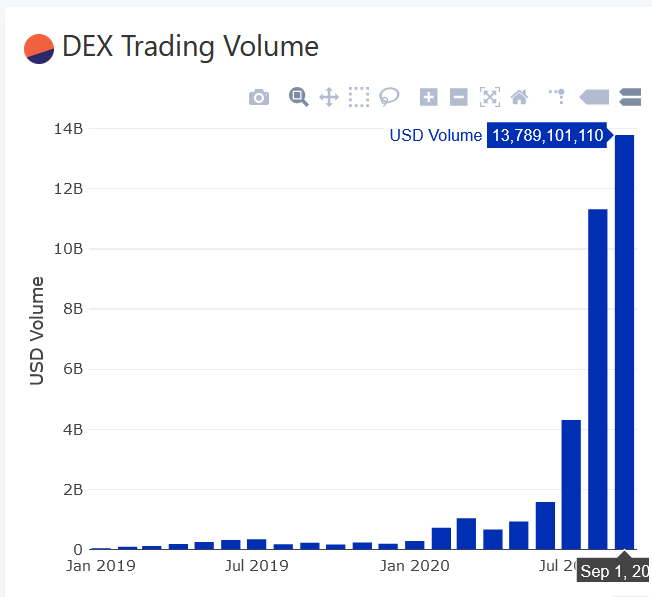 But what does it have to do with the transaction fees? Well, in most cases, all the actions in the DEX are recorded directly on the blockchain. If so, the large number of transactions happening on-chain puts a lot of stress on the network. As more and more transactions occur, blocks become full, meaning that there is not enough space in the block for all ongoing transactions to be confirmed immediately.

As shown in these graphs, other blockchains did not experience any increase in fee price recently. Source: https://blockchair.com

Although there are more factors, that’s one of the main reasons why payments made through Ethereum network, especially for people who use ETH or ERC20 tokens (for example, Dai) to shop online, might be too costly at the moment.

Are there any solutions?

Yes, there are ways to use Ethereum blockchain and avoid high transaction costs. One of the most viable solutions right now is to use second-layer solutions. OMG Network and Plasma come to mind first.

OMG Network (formally known as OmiseGo) is trustless and non-custodial 2nd-layer for payments and settlements. 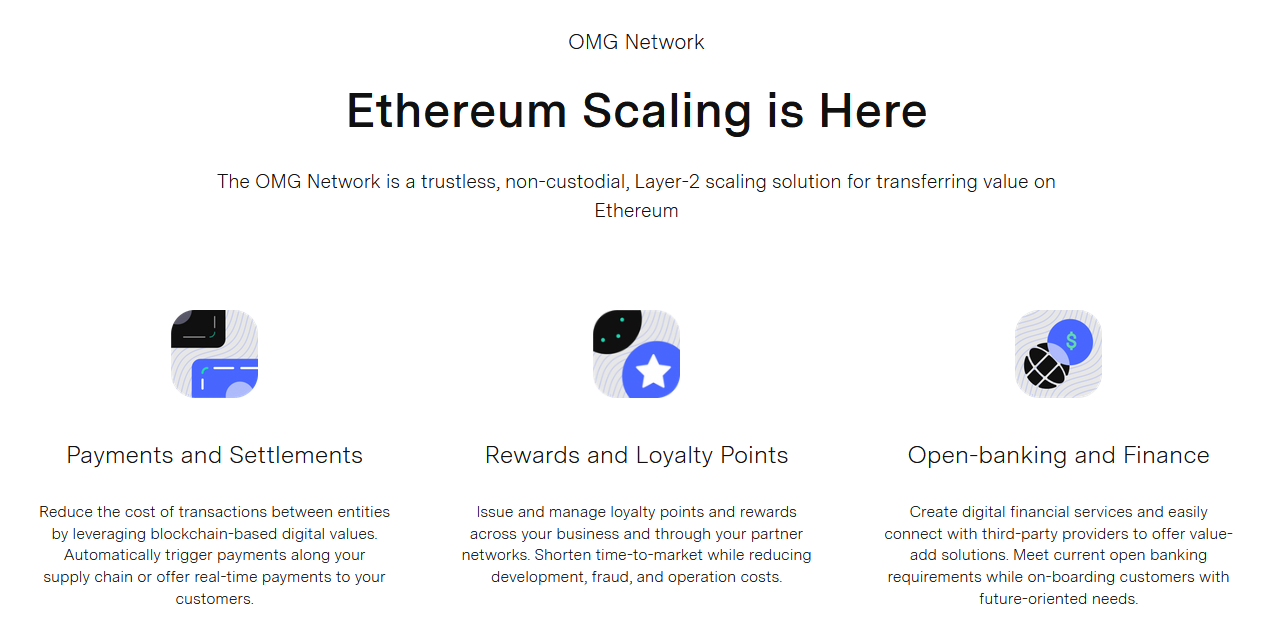 What’s cool is that OMG allows projects to be run on the OMG Network without compromising the security of the main Ethereum network. It also allows making thousands of transactions per second using ETH and ERC-20 tokens at around one-third of the average cost.

Plasma, on the other hand, establishes a framework of secondary chains, which only interact with the main chain when needed. It allows lots of smaller chains to be created on top of the main Ethereum chain.

Overall, such second-layer solutions are usually cheaper to use and take a significant load away from the main Ethereum chain. As the stress on the main chain is reduced, the transaction fees also decrease.

Does that mean that Ethereum on-chain transactions are broken?

Ethereum might be experiencing high transaction costs, but the issue does not seem to be permanent.

A long-planned update called Ethereum 2.0, which should go on a mainnet sometime later in 2020, promises to improve on scalability options by switching to proof-of-stake consensus mechanism.

Until then, spikes in transaction fees remain expected, and second-layer solutions like OMG or Plasma are the way to go until significant changes to the network come.