Time worthy TED talks about crypto and the blockchain industry

Crypto enthusiasts truly love to speak about Bitcoin and blockchain with everyone around them, especially when there’s someone nearby listening carefully.

And a few love it so much they grow to become famous public speakers and loyal advocates for it. 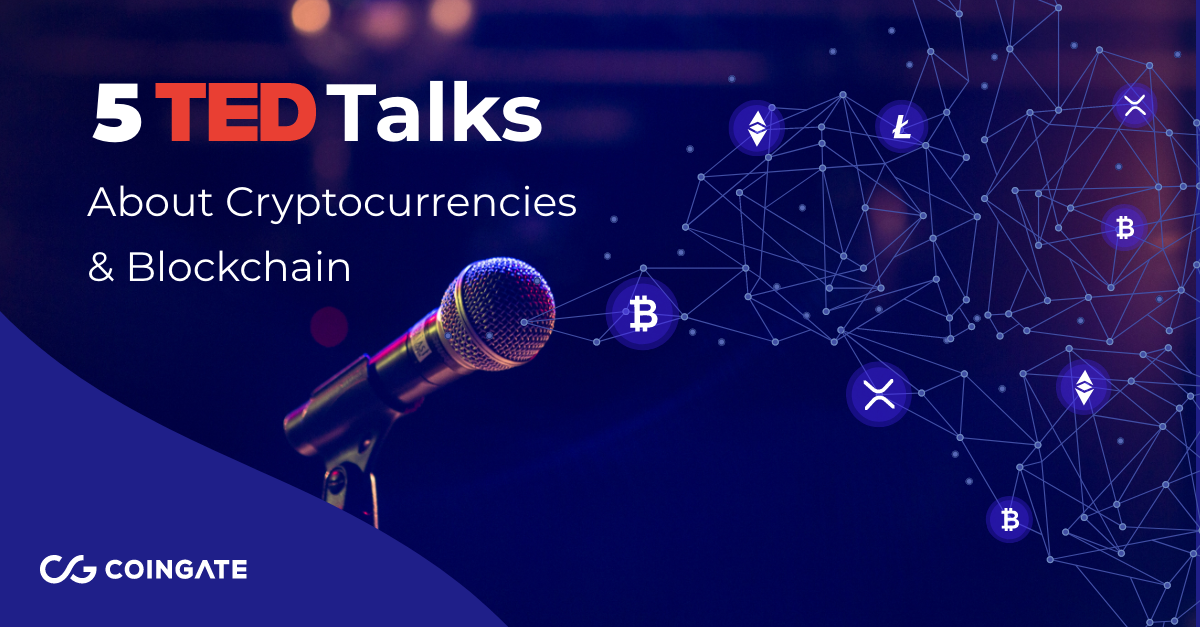 These speakers go around and give speeches not because they’re good at it. They do it because they believe that the blockchain tech has the potential to influence communities around the world in a positive way and drastically improve their livelihood.

They come on stage to share their vision and mission with hope to inspire young people and make them curious enough to create the purpose of their own.

TED talks proved to be a perfect spotlight for such intentions. It reaches every corner of the world and allows all sorts of fascinating people to come, tell their story and educate others on topics that lack community’s attention the most.

So, if you’re in the mood to digest some educational content, you’re in the right place! Below, there’s a list of five people we think are worth listening to when the topic revolves around cryptocurrencies and the blockchain itself. So, make yourself comfortable and dive in!

Andreas Antonopoulos: How bitcoin is changing the world

“The world is now connected. Finance is now an application and money is a content type.”

Andreas Antonopoulos is arguably the most famous Bitcoin speaker of our time, and that’s why he takes the top spot on this list.

In this keynote speech from Internetdagarna 2017 in Stockholm, the charismatic Andreas goes deep in the possible applications and use cases of the blockchain. He takes time explaining what money is, how the perception of Bitcoin changed over the years, what the future of money might look like for our kids, and much more. But most importantly, he does it in such a way that it never gets even remotely dull.

“It turns out that money is a language that human beings created to express value to each other”.

The content of this video is also suitable for those that don’t know much about Bitcoin. The way Andreas explains Bitcoin and the core principles of it is fluent, simple and brilliant.

At the end of his speech, Andreas also answers questions from the presenters of the event. He further clarifies the concerns related to the current state of Bitcoin as a “native internet currency”. We recommend checking this one out first!

“We are on the ground floor of a new paradigm that will change the human experience called blockchain.”

Richie Etwaru is an adjunct professor of blockchain management at Syracuse University in New York. Until now, he has delivered more than 100 keynotes across the world, besides multiple other efforts he puts into promoting blockchain opportunities.

In this TED talk, Richie goes all the way back to the birth of the Internet. He explores the ways how the most influential technologies since then have changed the world, even though until then, nobody had any idea what these innovations will grow to become.

He argues that for Bitcoin to achieve the same level of adoption as the Internet, it has to fill specific community gaps. Just how the Johannes Gutenberg’s printing press had filled the knowledge gap, the Internet – distance gap, and how today, blockchain does the same for a trust gap.

“The blockchain will change the way we trust. Not just how we trust each other, but more specifically, how we trust in business.”

Richie continues talking about today’s society and how it instinctively doesn’t trust the intermediaries it transacts with. Luckily, the blockchain offers a way to not only trust but also verify that trust.

By oversimplifying the core concept of it as a ledger of records, Richie provides valuable insights which help to expand the perception of what this technology is capable of in commerce. Enjoy watching!

Don Tapscott: How the blockchain is changing money and business

”I believe that this is now the next generation of the internet and that it holds vast promise for every business, every society and all of you, individually.”

Just like previous speakers, Don Tapscott discusses the real-life implications of blockchain while providing solid real-life examples of its use.

He touches virtually every aspect of it, such as remittances, anonymity, wealth creation, smart contracts, protection of rights and property, and many more.

”Could we change the way that wealth gets created in the first place by democratizing wealth creation, engaging more people in the economy, and then ensuring that they got fair compensation? Let me describe five ways that this can be done.”

As he provides examples, he also clearly explains how the technology functions. Because of it, this video is an excellent education material not only for those who know nothing about cryptocurrencies but also those who are just looking to deepen their knowledge.

Not all can put such complicated topics into simple words, so definitely check it out.

Bettina Warburg: How the blockchain will radically transform the economy

“I believe we are now entering a further and radical evolution of how we interact and trade, because, for the first time, we can lower the uncertainty not just with political and economic institutions…but we can do it with technology alone.”

Bettina Warburg does a great job showcasing how the blockchain, as the next step in economic evolution, will replace centralized institutions to facilitate trade in a way never done before. She argues that the transformation of commerce and finance has already begun, and tells a story that connects all the dots in a very logical sequence.

She arguments her beliefs by presenting blockchain as a tool for eliminating uncertainty in our everyday transactions, as well as institutions we confide to, such as banks, governments, or corporations.

“We face uncertainties like not knowing who we’re dealing with not having visibility into the transaction and not having recourse if things go wrong.”

By presenting clear and reliable examples, Bettina not only paints a picture of new-age commerce but also showcases how the blockchain can be utilized in proving identity, creating smart contracts, tracking assets, and so on. Another gem to the list!

“Blockchain is not as much technology as it is a philosophy.”

Until very recently, Jaspreet Bindra was the Chief Digital Officer of $20bn Mahindra Group. Now, he continues his career as their Digital Adviser and is building his own company around it.

In this TED talk, Jaspreet talks about the blockchain being in the same stage as the Internet in 1995 – at the infancy stage.

Even though the technology is young, he explains how India could leverage the technology to solve most of its current economic and social problems right now. He emphasizes the possibilities of blockchain implication into India’s agriculture and healthcare, explaining his vision of how it could impact society in general.

“Blockchain promises to solve two problems that the Internet could not: the trust problem and the intermediation problem.”

An insightful speech explores many fields, at the same time providing insights about India’s social and economic landscape. For these and other reasons, it surely will be worth 19 minutes of your time.

Keep learning about the blockchain – it’s worth it!

There’s so much to learn about this industry it’s hard to keep up, especially when the new developments roll out almost every day in virtually every sector of the society. It will undoubtedly continue to be like this, so try to keep up and make a habit of enriching yourself with newfound knowledge.

You will thank yourself later!

We are always striving to bring you the content worth your time. If you like it enough not to miss it, consider subscribing to our blog! Just enter your email below, and we will take care of the rest. Oh, and also, check our Twitter as well.