Myths & Misconceptions of Bitcoin – what’s true and what’s not?

Even though Bitcoin has been a hot topic for over a decade now, people that didn’t get into the crypto game early are still confused about which facts are true, and which ones are blatantly false.

Although there is nothing to be surprised about. The only way you can learn something about bitcoin without actively researching it online is by listening to what other people say (or think) about it.

However, things that you hear while chit-chatting with friends and family might often be way off the track.

“I heard bitcoin is absolutely anonymous.”

“Governments can shut down bitcoin at any time.”

“Bitcoin consumes way too much electricity.”

Our goal today is to debunk or confirm these and other widespread claims, as well as shine some more light on the most popular digital asset to date.

In theory, yes – you can create bitcoin address and use it for sending or receiving payments anonymously, meaning you won’t risk exposing your identity just by transacting on the blockchain.

However, there is a catch. For example, if at any time you decide to convert your bitcoin to fiat currency, you will have to identify yourself to the entity that will process your request. No matter how you intend to achieve it, selling bitcoin for fiat won’t be easy without identity verification. 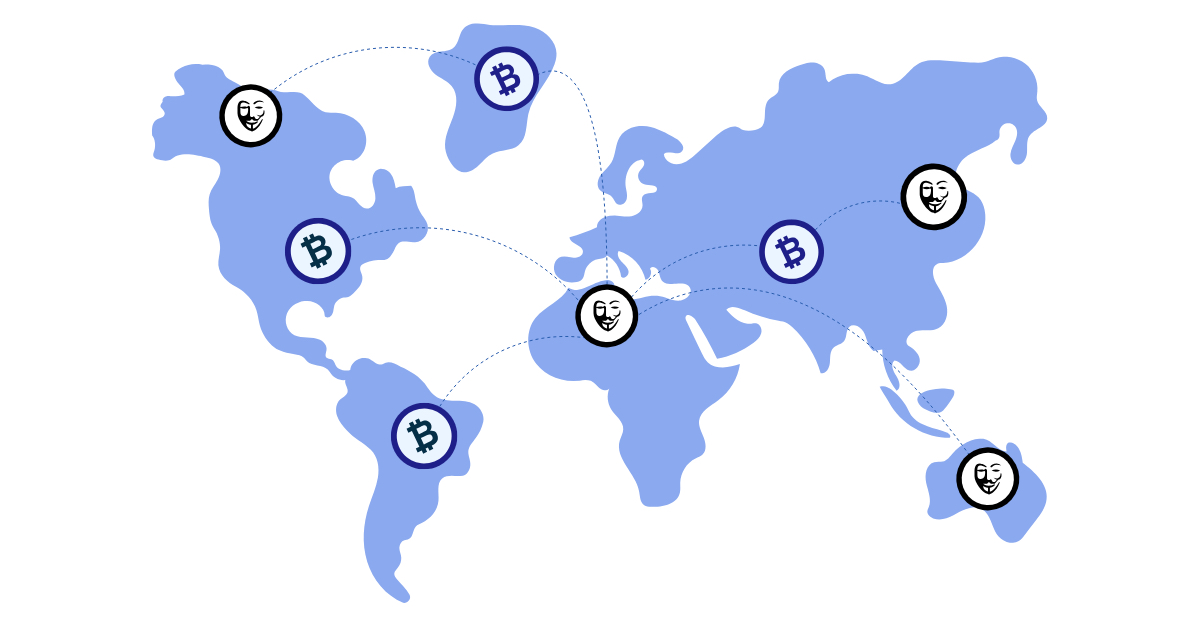 Still, that doesn’t mean you completely lose your anonymity. Your identity will remain known only to a service provider who has no right to disclose your data or use it for anything else than to legitimize the actions of a customer.

Even though a person’s name, email, or IP address is not recorded in the transaction, the identity can still be tracked down using public address info and your online presence. There are a few ways that can happen.

For example, a person can post his bitcoin address in a forum thread or social media, immediately associating himself with it and possibly entirely exposing the real identity. Same might happen when someone launches a personal website and puts bitcoin address on it. Chances increase further if a person registers the domain’s name using the real name.

There are also more sophisticated ways to link public address with an identity. Companies in the crypto industry (however, not necessarily) often employ 3rd party blockchain analysis tools like Elliptic. This particular software allows following the trail of money on the blockchain and identifying addresses linked to scams and frauds, etc.

Such tools do not necessarily trace back to identity. However, they can prevent criminals from successfully laundering money, financing terrorism, or performing other illicit activities when using crypto-related service providers.

So, is bitcoin completely anonymous? The answer is no.

Only criminals use bitcoin

In the early days of bitcoin, this statement was much closer to the truth than it is nowadays. Nonetheless, this particular myth still resurfaces from time to time, seemingly more often than any other. 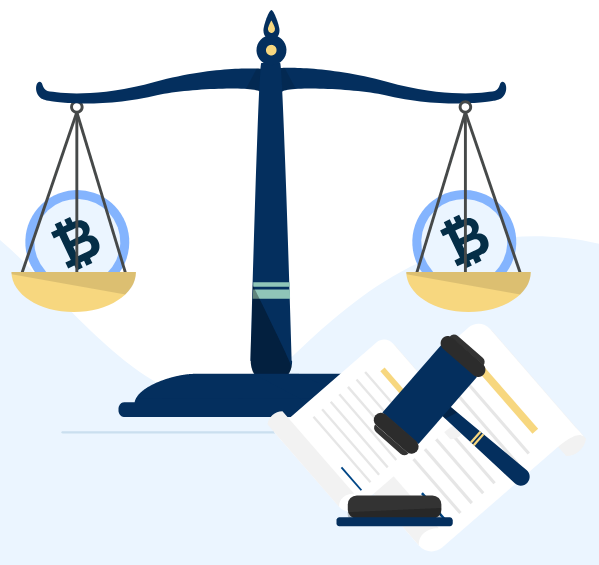 However, recent findings testify that cryptocurrency is not useful for most illicit activities. Earlier issued report from the blockchain forensics companies FDD and Ellicit also indicates that only less than 1% of all bitcoin transactions involve money laundering.

Apparently, the infrastructure of blockchain serves law enforcement as much as it helps criminals. Even though it is possible to use bitcoin anonymously, all records of transactions remain permanently stored on a blockchain, meaning it would be extremely challenging to disguise yourself for long.

Also, because the ledger operates disregarding national borders, law enforcement can get any transactional data without asking permission from a foreign government. That gives the law enforcement enough data and freedom to follow the money trail anywhere in the world. Such a thing was impossible for a long time.

Add the upcoming regulatory changes for crypto-related service providers in the mix, and there you go – what once was a new, easy-to-exploit technology is now an unwelcoming place for anyone prepared to step outside the law.

So, is bitcoin suitable for criminals only? The answer is no.

Bitcoin is not safe because it can be hacked

Some do not trust bitcoin’s blockchain because they believe it can be hacked. That’s mostly because we are enlightened in the events like hacks/collapses of crypto exchanges, or individuals being scammed of their crypto holdings. 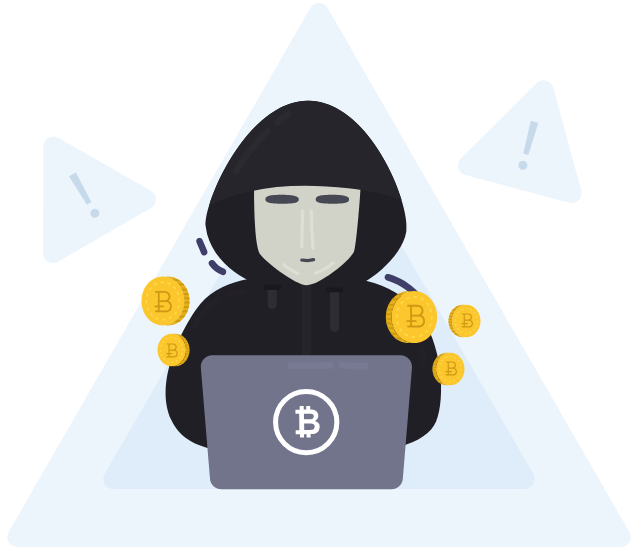 However, these occurrences happen without tampering with the blockchain itself and should be perceived as negligence of companies and individuals that didn’t put enough thought into their security measures.

In other words, it has nothing to do with hacking the blockchain as it only happens to companies and regular people that fail to protect themselves.

The ledger itself is completely immutable, meaning that nobody can alter the data on it in any way. In 10 years, bitcoin’s blockchain was never actually hacked and remains as intact as it has been in its first days.

Learn the basics of bitcoin and the blockchain

So, is it possible to hack bitcoin’s blockchain? The answer is no (or at least not yet).

Bitcoin is bad for the environment

Currently, bitcoin mining requires around 62.85 terawatts of energy per year, which is roughly the same amount of energy that the country of Switzerland consumes annually.

It might sound like a lot, but, according to the data of Digiconomist, bitcoin consumes only 0.28% of the world’s total electricity consumption.

Also, if we would compare bitcoins energy consumption to global banking’s system, bitcoin is nowhere near – it is estimated that banking consumes around 100 terawatts of power year.

Nonetheless, many believe that mining is still wasteful because it contributes to carbon emissions. On top of it, mining transactions is getting more complicated as the network grows, suggesting that in the future, bitcoin will require even more energy to maintain it.

Is clean energy the answer?

But the problem is not how much energy bitcoin consumes but rather where that energy comes from.

For example, most bitcoin mining facilities are located in China, where coal supplies 60% of the country’s electricity. Because of it, China produces the most carbon emissions in the world, and bitcoin takes a huge part in it. Apparently, so huge that China is considering banning bitcoin mining whatsoever.

On the contrary, a highly detailed report by CoinShares reveals that 74% of bitcoin’s mining activities already run on renewable energy, mostly on green hydroelectric power. That means most of bitcoin mining is actually running on water, whereas countries like Iceland already rely almost 100% on green energy sources.

Miners around the world that embrace geothermal and hydropower energy do not contribute to carbon emissions as much, and, as a result, the miners’ demand for cheap energy becomes less relevant.

All in all, the source of the problem is the lack of clean energy in some regions. If all miners would eventually avail of renewable energy sources only, the core problem would likely cease to exist in a long-term.

So, is bitcoin bad for the environment? The answer is no.

The governments could shut down bitcoin if they wanted to

Because bitcoin operates on a decentralized network and relies on miners to verify transactions, it has no central authority like, for example, banks or governments do. 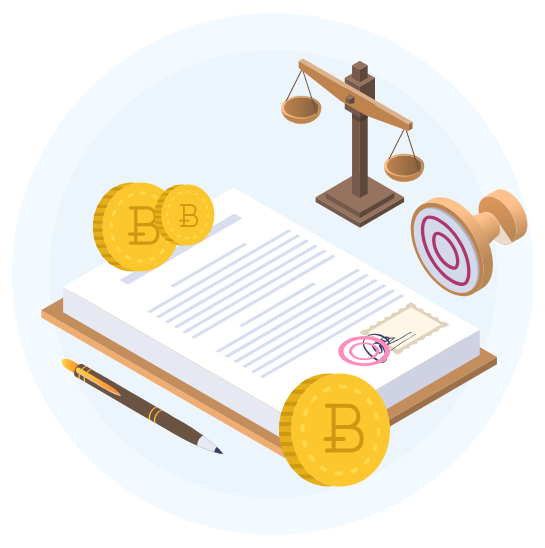 Hence, as long as you own the private key of a bitcoin wallet, there is no way anyone could freeze your funds, charge money from your account without your permission, suspend transactions or block your account until you explain yourself to those whom it may concern.

To be able to do that, someone would have to control more than half of the network’s computational power. Luckily, the blockchain’s inherent qualities make all this effort pointless.

Of course, that does not mean that bitcoin is untraceable. If anyone would use bitcoin for money laundering, terrorism financing, selling illegal goods or services, etc., authorities could trace those mischievous people and seize their funds by confiscating the hardware and transferring ‘dirty’ bitcoins to their own wallet.

Another way for governments to deny the use of bitcoin is to ban it entirely. Several countries like Afghanistan, Saudi Arabia, Vietnam, Algeria, and some others have chosen this course of action already, but enforcing such a thing is still near impossible due to the decentralized nature of bitcoin as you can still buy or sell it in person.

So, can governments shut down bitcoin completely? The answer is: extremely unlikely.

Rest assured, these are not the only myths about Bitcoin floating out there. Sadly, the false word-of-mouth advertising of bitcoin tends to spread like wildfire amongst those who form their opinions based on rumors and hearsays.

The best way to avoid such a thing is by taking some time to educate yourself properly.

In fact, we have prepared a Bitcoin 101 guide for those who are just now getting to know cryptocurrencies and how they work. It includes a collection of informative videos, free online courses, useful articles, and more. Feel free to check it out!