A year of Lightning Network: stats, progress and expectations

It’s been roughly a year now since the second-layer protocol known as the Lightning Network (LN) was implemented on top of Bitcoin’s blockchain. 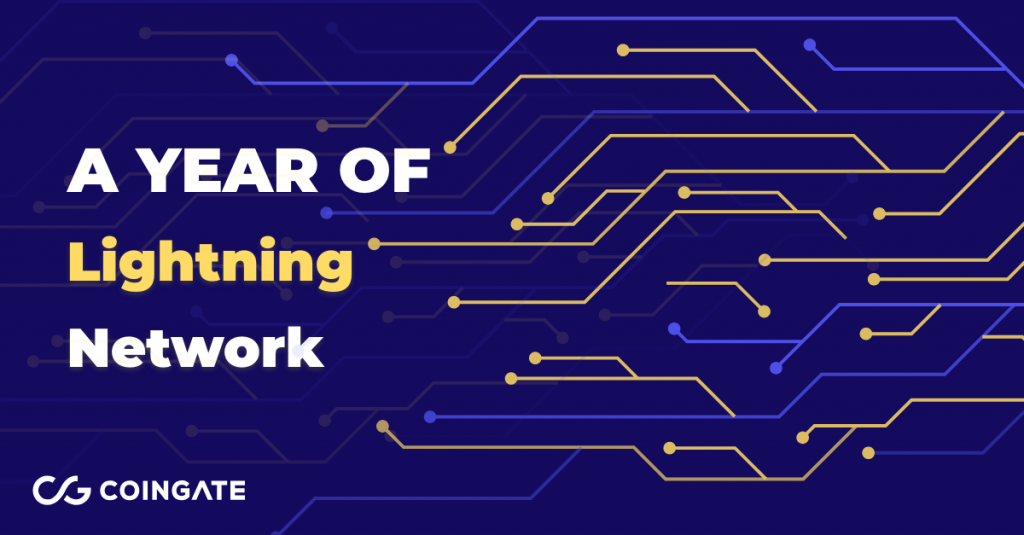 In fact, we were the first payment processor to adopt the technology and offer it to our merchants.

Even though at first only a few dared to use it, it got some real traction right before 2018 ended. And since then, the use of Lightning Network been growing at a healthy pace, surpassing 1000 BTC capacity.

Since we’ve been there from the start, we’re in a position to share our insights, as well as present unique data on LN payments we’ve gathered over the past year.

Briefly about the Lightning Network

If you are not familiar with Bitcoin’s Lightning Network protocol, here’s a short recap:

Learn more by watching this 5 minute Youtube video. It perfectly simplifies the concept by presenting a clear, well-animated example of a real-world use case:

The Lightning Network started to boom as a result of a sudden 300% capacity growth that began in late November 2018 when the LN hit 450 BTC network capacity from 125 BTC in just two weeks. 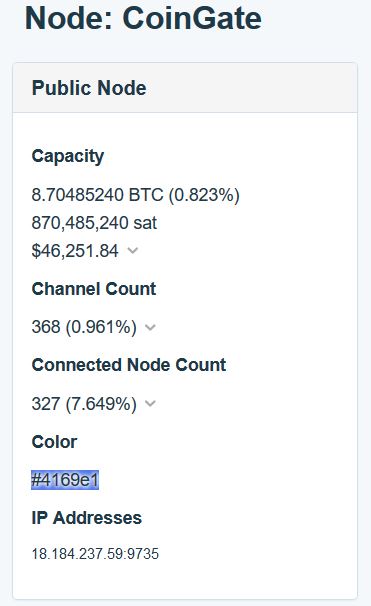 Since we are processing Lightning Network payments, we also have our own public node set up.

The numbers are growing daily, and so are the payments our merchants receive via the Lightning Network.

A year of processing Lightning Network payments provided us with valuable insights. We summed them up for you in an infographic below:

There is a reason why these merchants receive more LN payments than others. Learn how to promote your cryptocurrency payment option to boost your sales.

Why will Lightning Network continue to grow?

Even though the LN protocol is still in the early stages of development, it is impressive to see it actually gaining popularity over time. We also believe there are plenty of reasons why it will continue to pave the road for broader adoption.

First of all, we can already see well-built LN supported wallets popping up. For example, Moon browser extension allows purchasing stuff on e-commerce sites like Amazon using Bitcoin LN payments without the need to set up your own node.

As more and more developments roll out on a casual basis, the LN network is becoming more useful and convenient than ever before. Still, this is just a beginning.

The Lightning Labs are working on next updates to the Lightning Network. One of them is called the Lightning Loop, a non-custodial service that makes it easier for people to receive funds on LN.

They are also working on the Neutrino protocol designed to facilitate this on devices with low-power processors, limited storage, limited bandwidth, intermittent power, and erratic connectivity. In fact, they already launched an early version Lightning App for desktop on Bitcoin mainnet.

To the moon and beyond!

Considering the exponential growth of the LN network and products that are currently being built for it, we expect the adoption won’t slow down and will continue to spread like wildfire. After all, it is a technology capable of taking Bitcoin to the next level.

We ourselves are genuinely excited about the Lightning Network and will keep dedicating our efforts towards its adoption and improvement.

After all, we are the pioneers of it!