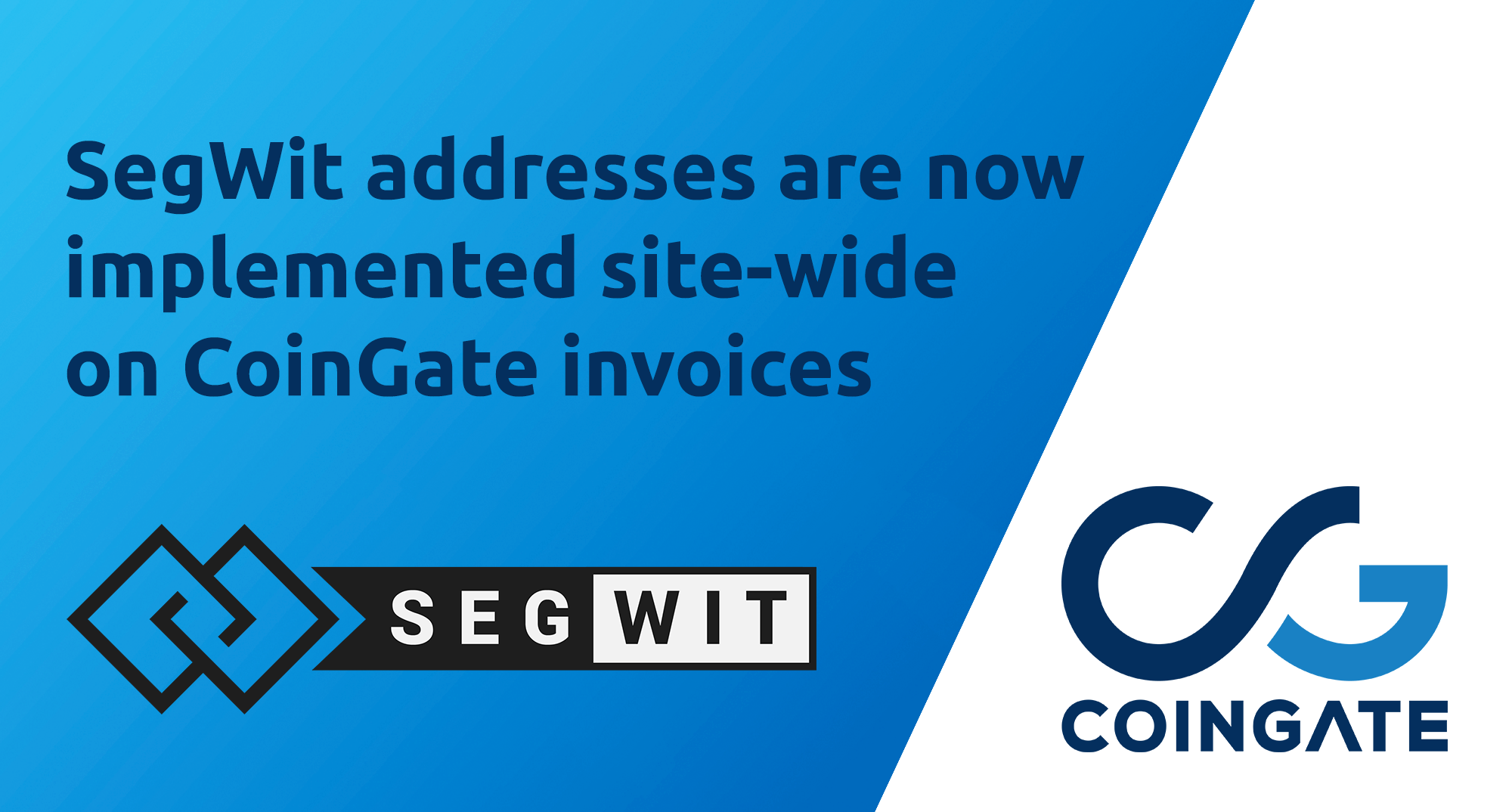 Every new Bitcoin block now has 5 to 7 transactions related to CoinGate. Even though we contribute just a small amount of transactions to the Bitcoin network, we believe in being responsible towards the Bitcoin blockchain. Therefore, we have implemented SegWit addresses across the CoinGate platform to reduce our impact on the network.

Bitcoin has grown tremendously in 2017 – not only in price, but also in usage for payments. With the huge increase of businesses that are looking to accept Bitcoin payments, our service has also been expanding rapidly. Just a few months ago in August, we celebrated 300 payments processed in a single day on our platform. Now, we are seeing over 800 payments made by shoppers to our merchants daily.

As you may know, Bitcoin transaction volumes have vastly grown and are above the capacity of the network to process. This is why transactions are now taking a while to confirm, and are also far more expensive than they used to be. Although we are just a tiny part of the whole movement, we are striving to do our part to help the network. Even though 800 transactions per day is relatively low, we believe that every little effort is helpful. Thus, with SegWit addresses implemented on our invoices, we now mildly reduce our strain on the network by decreasing the weight of transaction inputs.

We recommend to all of our merchants and shoppers to start using a SegWit-compatible wallet. With SegWit addresses, not only are we helping the network, but also saving on transaction costs!

SegWit (Segregated Witness: segwit.org), first proposed back in 2015 by Pieter Wuille, is an upgrade to the Bitcoin network, serving as a foundation for scaling Bitcoin. At the same time, the upgrade introduces some important tweaks to the Bitcoin blockchain, fixing transaction malleability, improving the protocol’s security and efficiency, and enabling easier scaling of Bitcoin in the long term.

In simple terms, the SegWit upgrade rearranges how data is stored in blockchain blocks (“witness” data, in particular). This essentially allows for more transactions to fit into a single block, making transactions cheaper. At the same time, SegWit is compatible with previous versions of Bitcoin, fixes some crucial issues of the blockchain, and paves the way for a number of upgrades in the future.

We are keen supporters of the upgrade because SegWit:

For those interested in understanding more about the benefits of SegWit, we are including some links to external resources above.

SegWit went live with block 481,824 on August 24, 2017. Even though some time has already passed, so far, SegWit adoption has been quite slow. Most Bitcoin-related companies, wallets and exchanges are still using legacy addresses, which are typically indicated with “1” as the first character of a Bitcoin address (though not always).

Despite the fact SegWit transactions are not yet prevalent, the most important step towards a brighter future has been taken. Achieving consensus to implement the upgrade enabled further work and testing of the Lightning Network upgrade as well as other Bitcoin blockchain improvements that will, hopefully and in due time, make Bitcoin not only a reliable infrastructure for making payments, but once again a cheap one.

Percentage of SegWit transactions from August 24 to December 23, 2017. Source: segwit.party/charts